Whenever a couple is trying to conceive, they are doing everything they can in their power to make sure they will end up with a successful pregnancy. That means they would have consulted with their doctors before starting the process to make sure that they are healthy enough to start trying to achieve a pregnancy. Claim Your 20 Free Pregnancy Tests – Click Here

They may have also ditched very bad habits if they had them like smoking, eating junk food too often, drinking, doing drugs or drinking too much coffee. All of those have a negative impact on male and female fertility.

They may have also gotten plenty of exercise, but not too much of it. And they even adopted new ways to handle stress such as taking up meditation and yoga since too much stress can have a negative impact on fertility.

But sometimes that isn’t enough and you’re still not pregnant.

However, even with that, if conception is not happening within a year, then chances are the couple is facing fertility problems, and may be suffering from infertility.

There are different types of fertility that couples face. Read on to find out more about infertility and fertility problems. 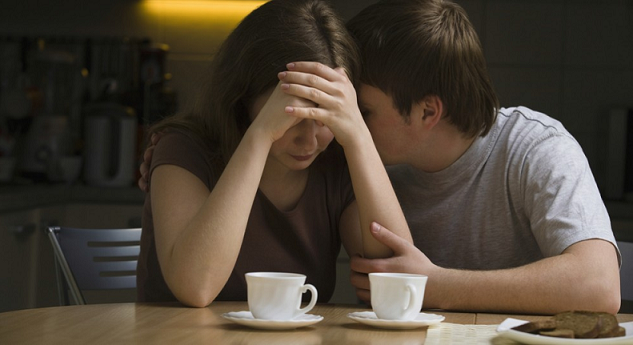 Most of the time, couples facing this, in the end, will end up with kids whether they have their own biological kids or if they decide to adopt. However, this type of infertility is extremely difficult for a couple to experience.

Sterility means that there is no chance for a pregnancy to happen. At least with infertility, there is still a chance that conception can occur but usually with assistance. And most childless couples with a female that is under the age of 43 that have been trying to conceive are infertile, not sterile.

When Do Couples Need To Seek Help for Fertility Treatments?

In the majority of cases, if a couple who has been trying for 12 months to conceive and has not had any success can see their doctors in order to ask for a referral to a fertility specialist. However, in some cases, a doctor can be consulted much earlier than that. Those are the cases when a woman has been trying to chart her cycles through taking her body basal temperature or checking cervical mucus consistency and has not found any evidence that she is ovulating.

Especially if she has been sticking to the fertility diet, and has a history of having irregular cycles. Then she can talk to her doctor or gynecologist beforehand for making an assessment and find out why she is not ovulating.

It is a known fact that the woman’s age has a lot to do with infertility if she is over 35. However, if the woman is younger than 35 and is experiencing infertility, there could be several reasons as to why that would be.

What is Polycystic Ovarian Syndrome?

Polycystic ovarian syndrome (PCOS) is the most common cause of infertility in women under the age of 35. 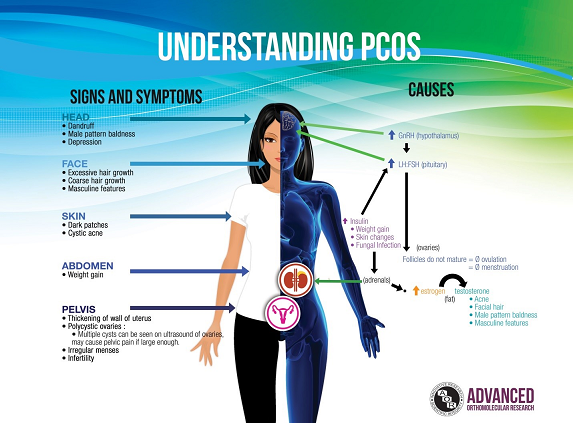 PCOS is due to hormonal irregularities which involves a higher amount of testosterone in women. This can lead to irregular menstrual cycles, anovulation or irregular ovulation, obesity, hair growth on the face, thinning of hair, and acne. Not all women who have PCOS exhibit many of these symptoms, and it is ranged in severity.

Women with milder PCOS may not have any more hair growth on their faces than women without the condition and may ovulate 6 times a year but still have irregular cycles. These women can get pregnant probably without the help of fertility drugs.

The good news is that correcting ovulation in women with PCOS can be for the most part straightforward with the help of Clomid.

Sometimes combining Clomid with another drug called Metformin, which is a drug for diabetics, can also be helpful, especially while women stick to their fertility diet. That said, with the right help, women with PCOS eventually will get pregnant.

In fact, over 35% of women experiencing infertility have endometriosis.

In many cases, surgery can help and after surgery, women with the condition usually are able to conceive. Sometimes, however, it doesn’t always work out.

What are Blocked Fallopian Tubes?

The fallopian tubes are the pathways that the egg travels from the ovaries to the uterus, and if there is a blockage, it can prevent the egg from reaching the uterus. Therefore pregnancy will not result, or an ectopic pregnancy will result which is when the embryo implants in the tube. 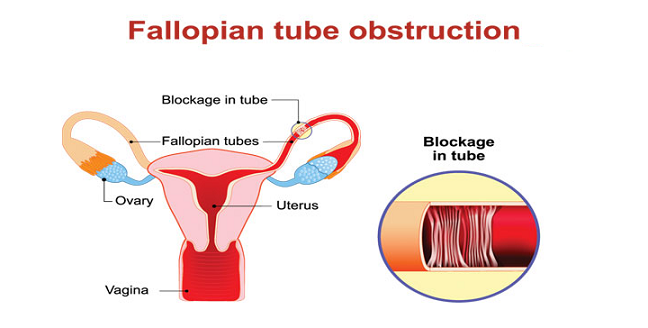 These pregnancies have to be removed right away or else the tube will burst and the woman can bleed to death.

There are several causes for blocked tubes, and endometriosis is one cause. Fibroids and Pelvic Inflammatory Disease that result from STD’s are also common causes. Women that have blocked tubes usually end up having to conceive through in vitro (IVF) to bypass the blocked tubes.

What is Poor Egg Health?

There are many causes of poor egg health. These can include:

Another cause for poor egg health that happens in women under 40 is if they are going through premature ovarian failure. If FSH levels are extremely high then that is a sign that the women have poor quality follicles. A pregnancy could result but usually would end up in a miscarriage due to the egg being of poor quality.

What are Anti-sperm Antibodies?

Occasionally semen can cause an immune response in some people, and this can happen to both men and women. The immune system triggers the antibodies which end up killing off the sperm, and as a result, if there are too many antibodies then the sperm will not reach the egg.

These antibodies may also damage sperm that does survive which means the odds of a miscarriage are high. This can happen in men who have had damage to the testicle area and it is common for men to experience this problem that have had a vasectomy.

Oddly enough, some women can have an allergic reaction to their partner’s sperm. A Reproductive Immunologist will be able to help couples who are facing infertility due to anti-sperm antibodies.

What is Poor Sperm Health and Low Sperm Count?

Some men have both a low sperm count and poor sperm health. This could be caused by poor lifestyle choices, being under a lot of stress, as well as wearing tight clothing around the scrotum which causes too much heat. Heat will kill off healthy sperm.

Other causes can be a genetic predisposition, being on chemotherapy, anti-sperm antibodies, or damage to the reproductive organs. Usually, the only way a pregnancy can happen is through intrauterine insemination (IUI) or IVF. Specifically, the type where the sperm is injected directly into the egg.

What is Vas Deferens Blockage?

This happens when the epididymis is blocked, and the Vas Deferens is the tube in which the fertile sperm are transported. One major cause of the blockage is due to the varicose veins of the testicles. STD’s such as gonorrhea or Chlamydia may also cause a blockage, and the one way to remove the blockage by varicose veins is through surgery. If any STD is the cause, it must be treated right away.

What is Combination Infertility?

Combination infertility is when both partners are experiencing infertility, and 20% to 30% of couples experience this, and it is quite devastating. However, the good news is that there are treatments such as IUI and IVF that can help make these couples’ dreams come true with having a family of their own. 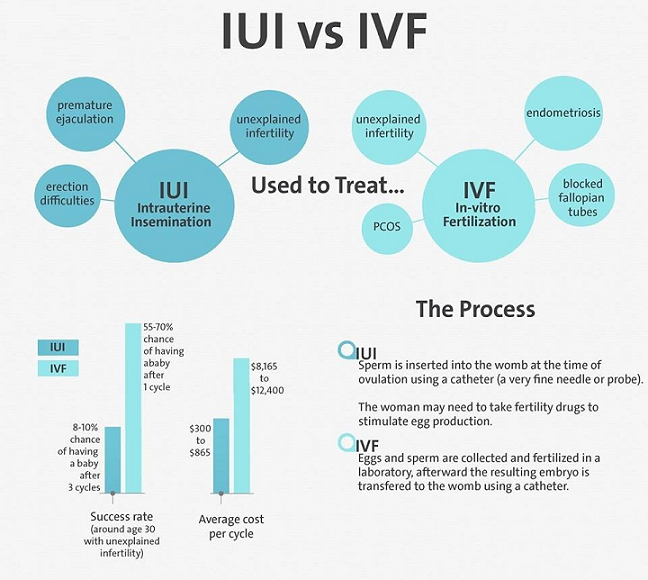 What is Unexplained Infertility?

It is hard enough for couples facing infertility and knowing what is the cause behind it.

However, there are some couples who are experiencing infertility without any explanation!

The woman ovulates regularly, and her eggs are fine. The man has a good sperm count and the quality of his sperm is good, there is no evidence that there are antibodies killing off sperm. Unexplained infertility is incredibly devastating and frustrating for couples who appear to be in good health but cannot achieve a pregnancy.

However, even with unexplained infertility, fertility treatments have been known to help these couples achieve successful conceptions. But it can take years of going through treatments in order for that to happen.

The Emotional Toll of Infertility

Regardless of the reason that a couple may experience infertility, it is a very draining experience for them – emotionally, financially, spiritually and mentally.

If a man finds out that his sperm count is low or is of poor quality, that knowledge can hurt his masculine ego, just like if a woman finds out that she is infertile. It is bad enough for these people to know that they will struggle to conceive, but it is hurtful to their masculine or feminine sides.

Many women with PCOS, for instance, can get pregnant with the right help along with sticking to the fertility diet. However, some of these women question their femininity because of their higher testosterone levels. That is just one example of how infertility can be a self-esteem crusher. 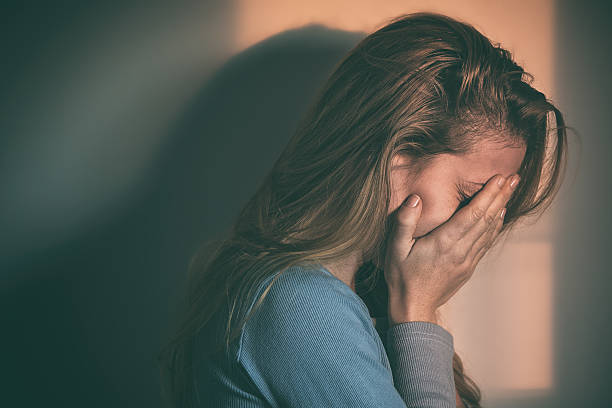 To make matters even worse, couples who are experiencing infertility are surrounded by friends and family that are pregnant and having babies left, center, and right. Usually, the man has an easier time being around pregnant women or couples with kids. However, women experiencing infertility have a very hard time being around pregnant women and women with babies or young kids. Even if they are happy for their expecting friends, they can’t help but feel jealous and sad for themselves.

Those who are facing infertility need a lot of support, and understanding from friends. Especially if a woman who is dealing with infertility declines to attend her friend’s baby shower – that in itself can be a lot for her to take, and it is a huge reminder of what she is lacking.

However, on the flip side, even for those couples who are struggling with infertility, they must stay positive and have faith that in the end, something will end up working in their favor. Either they will have a successful pregnancy with their own biological kids, or through a donor egg or sperm, or surrogacy, or adoption if they want to go that route. Keep the faith, and keep trying!

Usually, in most cases, something will end up working out for these couples as far as them being able to expand their own families. Best of luck to you on your journey!

ConceiveEasy® TTC Kit™ is the most complete fertility system available over the counter. Clinically proven to dramatically increase your chances of conception and help you get pregnant fast from the very first use. And now for a limited time, Try a FREE starter pack today & receive 20 FREE pregnancy tests and a FREE Digital BBT Thermometer!